Hana Bečičková is from Prague and graduated from the IES with a master's degree in 2013. During her studies at the IES, she took advantage of exchange programs with several universities abroad. This way, she got to study in Mexico at Technologico de Monterrey, in Peru at Universidad de Lima, in France at the Sorbonne, but she continued her education with various specialized courses as well, for example at the London School of Economics (LSE). Since December 2020, Hana works at the European Investment Bank in Luxembourg, where she focuses on loan pricing and product development especially for developing countries. Her key objective is to widen the offer of lending products denominated in local currencies of developing countries and thereby protect borrowers from the exchange rate risk. Hana became enthusiastic about this topic in the Amsterdam-based fund TCX where she worked between 2015-2018 as a trader of hedging instruments precisely serving as protection against exchange rate risk in the realm development finance. Prior to that, she worked for almost four years as an economist at OGResearch, where she modeled the exchange rate risk of some of the most illiquid currencies. She also provided technical assistance to central banks with modeling for the purposes of monetary policy as IMF expert. In her free time, she loves to travel, enjoys dancing and various water sports such as diving or kitesurfing. Over the course of the last two years, she fulfilled her big dream of making a trip around the world and even happened to experience what it's like to be a digital nomad. 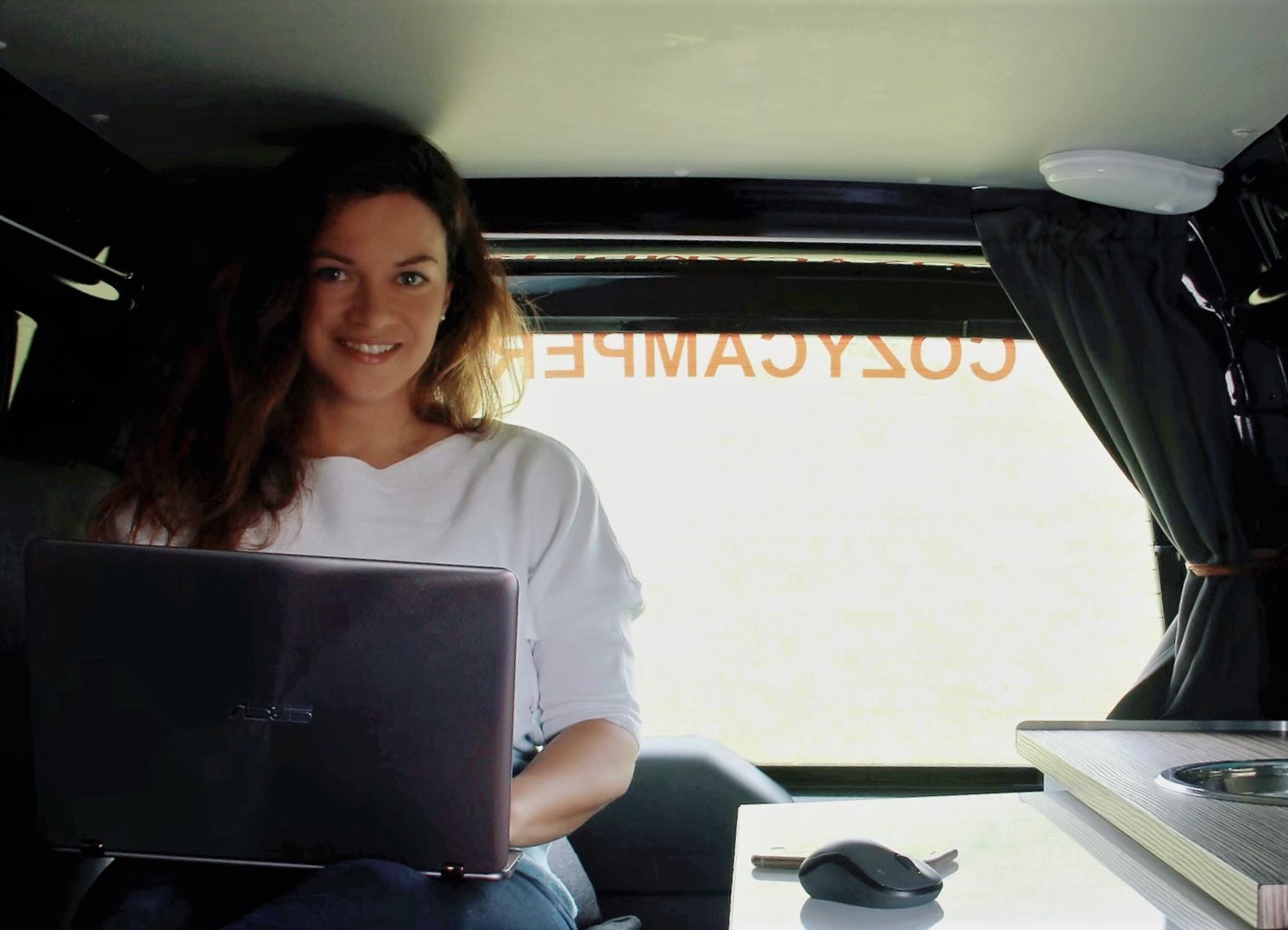 Hana, you focus on financing for developing countries, what specifically influenced your choice of this field of economics?

That's right, in fact my whole career so far I’ve been focusing on so-called developing countries in one way or another, but I came across this field pretty much by chance. Already during my studies at the IES, I wanted to explore how people lived in different parts of the world, so I took advantage of the available inter-university exchange programs and chose relatively atypical destinations – first Mexico, then Peru. On this occasion, I explored a part of Latin America and I was fascinated and inspired by the joy with which people there were able to cherish life even if many of them lived in very modest conditions.

During my master's, I started working at a consultancy company called OGResearch that focuses on macroeconomic modeling of developing countries and is led by David Vávra, who was actually teaching me at the IES at the time. To this day, I sometimes reminisce about some of the extraordinary analyses we did there – for example, I studied the drivers of meat price developments in Mongolia, assessed the export potential of the giant coal mines in Mozambique, or monitored which oil pipelines in Nigeria had to be shut down due to attacks by oil thieves. This opened up a whole new, fascinating world to me and there was just no going back. What began with a great travel experience and a pretty random student job turned into a passion and fundamentally defined my career choices.

Which tools (programs, etc.) have you been using for your analyses of exchange rate risk? What should students with a similar interest focus on during their university studies?

For me, almost any analysis begins with a suitable selection of available data, their control and understanding of their possible limitations. In the realm of developing countries, this is especially important. I usually use Bloomberg and Reuters at work, but I always pay attention to where the data come from and whether they make sense. When working with a large amount of data, especially for repeated visualizations, reporting and analyses, I usually opt for Matlab or Python. I had to learn Matlab and Python on my own while already working, so having at least some basics from school would have definitely made my life easier. During my studies at IES, I got familiar with Eviews, R, and Stata that I still sometimes use for econometric analysis. The courses of math, statistics, econometrics, financial market instruments and macroeconomics have also laid an important foundation that I’ve been building on during my career.

In December 2020, you joined the European Investment Bank. In the current coronavirus crisis and after a work break of many months, how hard was it to find a job?

I would say that I am very fortunate in this respect that my focus is very narrow but at the same time rather sought after. I didn't even actively look for a job last year, but during the course of the year I was approached by several institutions with very interesting positions, out of which the one at the European Investment Bank sounded like it were tailor-made for me. Therefore, I feel neither the coronavirus nor the work gap on my CV had a negative effect on my job opportunities.

By the way, my work gap was actually almost two years long. In December 2018, I quit my job to fulfil my big dream of traveling around the world. Shortly after I started traveling, I also got an opportunity to work as an independent consultant while I was on the road and so I became a sort of a digital nomad.

You mentioned being a digital nomad, did you work for one company the whole time, or did you work as a freelancer on various projects?
I worked as a freelancer, although all the offers came from companies that I had previously worked with during my past positions. All the projects were within my field of work and allowed me the possibility to either carry out the work from anywhere in the world or as a one-off business trip. As a result, over the last two years I had virtual "offices" for example in Brazil, Colombia, Indonesia, Hawaii, Peru, Thailand, or even in a campervan in Iceland (see photo).

When you travelled, how much does a person need to pack for such a long trip? Did you have a base somewhere to which you returned in regular intervals, or was it really a trip around the world without stops at the base?

It was a real trip around the world, or it was supposed to be one at least. Contrary to the “plan”, I got a bit stuck and ended up spending pretty much the whole 2019 in the Americas, especially in the Southern and Central America. In 2020, I wanted to continue with Asia, Australia and Africa. I still managed to cover some parts of Asia and Australia, but I decided to return to Europe quite suddenly as borders started closing quickly one after the other due to the coronavirus. So no, I didn't have a base, I just carried everything I needed in my backpack. Now I know that I initially packed a lot of useless stuff with me. It turns out that even for a longer journey one doesn’t need much more than for a two-week trip, especially if mostly staying in countries with warm weather as I pretty much did.

You lived and worked in Amsterdam for 3 years, now you work in Luxembourg. Do you plan to settle here for a while, or do you not plan at all?

I only moved to Luxembourg roughly two months ago and during a period of Covid-related restrictions. Therefore, it's quite difficult for me to judge what normal life could look like in here and whether this could be the place where I would see myself settling down. On the other hand, if I look back on the last few years, I would say that my openness to unexpected opportunities has played out rather well so far, so I am relatively inclined to continue in this mode.

What do you enjoy besides traveling?

I like to dance, especially Latin American styles such as salsa, bachata or zouk. In general, I always try to learn something new. In recent years, I have fallen in love with several water sports, such as sailing, kitesurfing or diving.