Tomas Paul comes from Prague. He graduated from the IES in 2014 and has been working at Česká spořitelna since the same year. First as a process specialist, now as an ALM analyst. Apart from work, he has been playing a non-traditional sport - curling - since he was sixteen. During his studies at IES he worked as a curling instructor and competed. He has successfully completed two Universiade competitions and in a few weeks he will even compete at the Beijing Olympics.
In his spare time, Tomas enjoys singing as he is a member of the Imbus mixed choir. 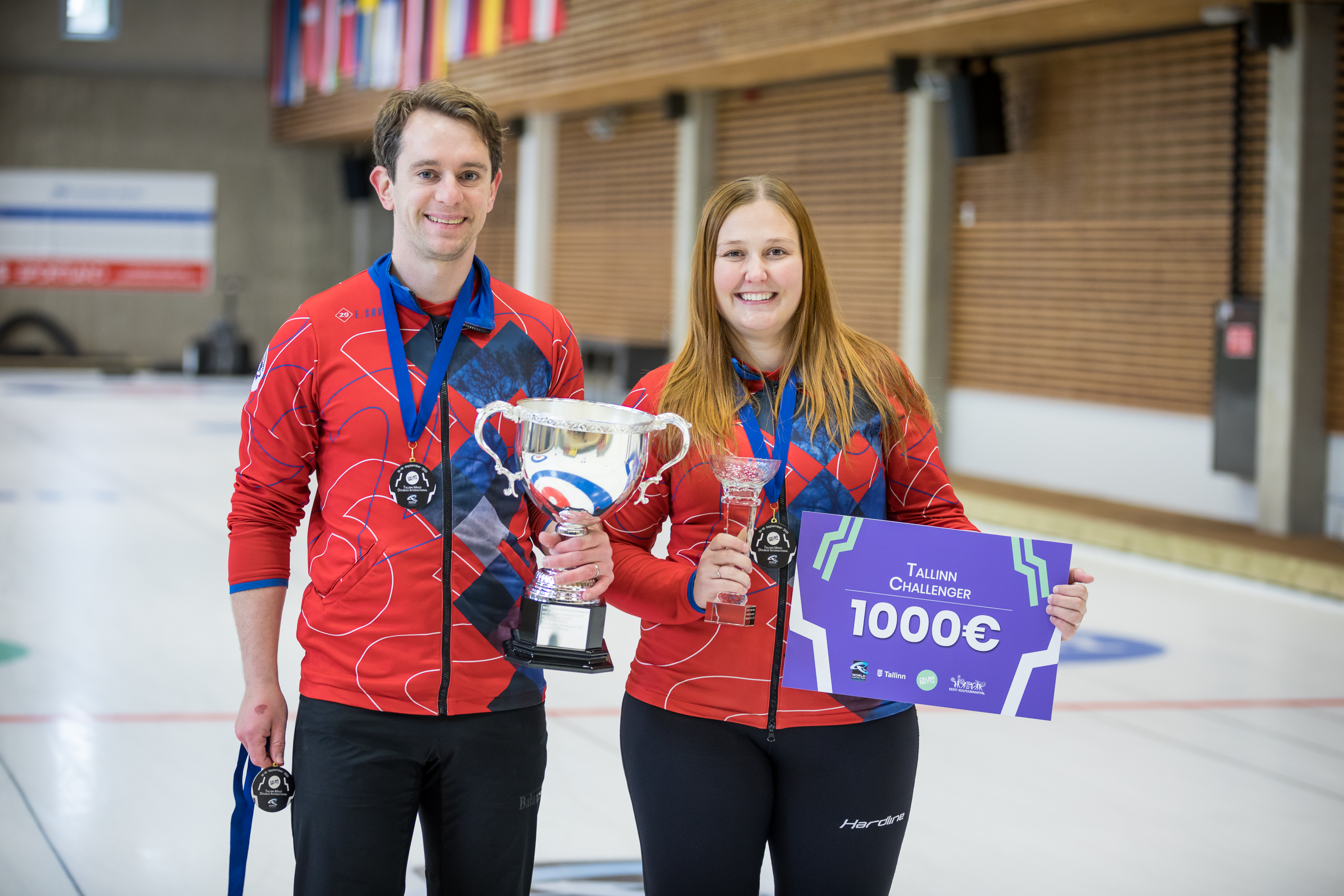 How do you perceive your studies at the IES, what was the most difficult and what did you enjoy the most?

I enjoyed my studies at the IES very much. Looking back on it, I would say that the composition of the courses matched what I wanted to learn. Some of the subjects were very technical, like statistics, mathematics and econometrics, and others focused on economics. Paradoxically, the economic subjects were more difficult for me, whereas I enjoyed mathematics and took it more as a good challenge. What I also appreciated very much was the more intimate environment, where de facto everyone in the class knew each other personally, which made it very easy to work together and have that kind of togetherness in the sense of "we're going to beat this math".

That's right, at the first one we managed to win a bronze medal. There are no curling teams at universities, given that there are around five hundred curlers in the Czech Republic. So finding five players from one university is quite a problem. For this reason, the national team before each Universiade consists of the best players studying at the university. At the same time, only ten countries can compete at the Universiade, so you still need to be high in the World Curling Federation's ranking of nations.

How did you get into curling? At what age and why curling?

I got into curling quite late, when I was 16. I've always enjoyed the sport and when my high school classmate was looking for teammates, I thought why not give curling a try. Of course, in the beginning it was mostly fun without any heady goals, but as I got better and started to break into the national teams, the goals gradually increased. The last four years the goal was already clear, to qualify for the Olympics, which I finally did.

You have been working at Česká spořitelna for more than 7 years. How does the sports career combine with the position at ALM?

Full-time work can be combined with curling for the time being, which is due to the degree of professionalisation in curling. But gradually more and more countries are going the way of fully professional athletes, so it will be harder to keep up with the world's top athletes. So the standard season looks like I go to training after work and take all my holidays to go to tournaments abroad, of which we do about fifteen a year. Fortunately, they help me as possible at work and I can take holidays when I need them, or even take unpaid time off.

What exactly do you do at ALM? How would you describe your working day? More of a routine or always something new?

Our department is primarily involved in managing Česká spořitelna's interest rate and liquidity risk. We perform analyses of the development of the interest yield under various scenarios and, based on these analyses, we enter the financial market in order to maximise the net interest income in the long term. I am mostly involved in the methodology and operation of the funds transfer pricing system, but I am also responsible for analysing the interest rate position of some of the subsidiaries.

There is always some routine in the working day, but especially in the last two years there is not a shortage of new stimuli, whether it is the situation around covid or the big changes in the interest rate settings from the CNB. So I would say it's about half and half with the routine.

What are your next plans, both sporting and professional? Can you tell us, or would you rather not get ahead of yourself?

At the moment, all my thoughts are focused on preparing for the Olympic Games, but we have quite a lot of media obligations lately, which we are not used to, so there is not much time to think about any longer-term plans, either in work or in sport. We would like to be around fifth or seventh out of ten teams. As far as work is concerned, it's more about finishing and handing over duties to colleagues, as I have a two-month sabbatical from Christmas onwards because of the Olympics.